Boost Your Immunity and Protect Your Legal Rights

Energy Medicine
About Us
Home

Scientific Research
Testimonials
What is a Titer? 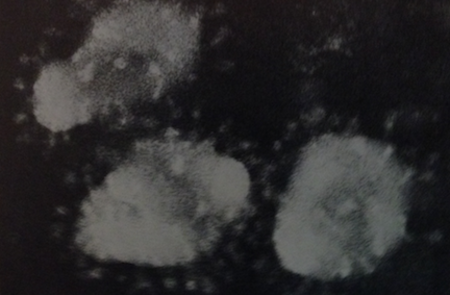 I was in my office conversing with a mother of one of my young clients when she told me this brief story. I hope it astonishes you as much as it did me. This mother's severely autistic son suffers with chronic constipation and backed up bowels. She had taken him to a gastroenterologist to see if anything could be done. Upon entering she was first interviewed by a young intern. Among the first few questions the intern asked was, "Are the boy's vaccinations up to date?" The mother replied, "Yes, mostly, for the remainder we have titers." The intern replied, "What's a titer?"

How The Immune System Works

All human beings are endowed with a built-in surveillance mechanism called an immune system that protects them from disease-causing microorganisms such as bacteria and viruses, parasites, and cancer cells. The immune system specifically recognizes and selectively eliminates foreign invaders. The immune response has three major characteristics: 1) it responds adaptively to foreign invaders, 2) it has specificity, and 3) it embeds along-term memoryof earlier contacts with foreign pathogens.

The human immune system is furnished with two communities of lymphoid cells called lymphocytes. One class of lymphocyte is called T-cells, the T refers to the thymus, the gland were T-cells are produced. It identifies the human host cells that have been infected by a foreign invader and it changes the normal surface characteristics of those cells to mark them for elimination from the body. The other class of lymphocyte is called B-Cells, which originate in the bone marrow. These recognize foreign invaders and differentiate to plasma cells that secrete antibodies that arespecific to the invader. Each invader generally has a molecular surface with a key identifying molecule structure or site. The plasma cells produce antibodies that specifically fit the invader's key siteand no other. Once enough antibodies are released they will bind the surfaces of the invaders and prepare them for neutralization by other sets of cells. For example, a human antibody against a rubella virus has a molecular shape specific to rubella's sites. It will not bind an influenza virus. Likewise, an antibody for an influenza virus will not bind a rubella virus. The antibody is an antigenic, and site-specific molecule.

What is an Immune Titer?

The concept behind vaccines is to introduce foreign invaders, such as a viral antigen, to kick-start the human body's immune system into producing B-cells, plasma cells, and antibodies. In medical terms an individual person's strength to fight off a disease is measured by his or her ability to develop antibodies. A measurement of these antibodies is referred to as the titer.It represents the concentration of antibodies in the blood stream. These antibodies are also referred to as immunoglobulins which is abbreviated to Ig. They also come in different types and are labelled IgA, IgD, IgE, IgG, & IgM depending on their molecular formation and weight.

Why is a titer important when considering vaccines? If the titer is high enough, the body already has active immunity. Therefore, there is no need to vaccinate. There is no need to expose the body to more viruses, aluminum, formaldehyde, polysorbate 80 and other toxins. Titers are good for years and are accepted by the entire medical community. The goal of this article is to teach the reader how to boost the body's titer and how to document it.

If the twentieth century saw huge strides in healthcare based in chemistry and pharmacology, then the twenty-first century will see even greater strides in healing using the bio-electrical system of the human body. In addition to the major organ systems of the body, there exists a minute sub-vascular system which does not work at the level of biochemical interaction, molecules, or genomics in the body. Instead, it works at the level of electron charges and resonance frequencies. It is also known as the primo-vascular system, where frequencies, not chemicals, are carried throughout the organs. The ducts of the primo-vascular system contain a fluid having liquid crystal properties plus high concentrations of DNA and RNA material. Some ducts are attached to the membranes of organs, other ducts run through the middle of blood vessels. The ducts come together at junctures, and these junctures are believed to be the acupuncture sites used by doctors of traditional Chinese medicine. There are twelve main, invisible, energetic pathways in the body coordinating to the major organs. The flow of the energy through them has polarity with the crown of the head being a positive input location and the palms of the hands being a negative outflow location. These pathways are referred to as meridiansin Chinese medicine.

In addition to the body having its own bio-electrical system, plants, animals and even inanimate objects have frequencies. They resonate or vibrate at the rate of the electrons with which they are made. Everything resonates.When an external frequency is combined with acupuncture or acupressure to stimulate the body's primo-vascular system, the body can change its energy field and send signals to various organs carrying information concerning what the body needs. If the external frequency is that of a virus, the information carried will be to boost immunity. The energy in the ducts of the primo-vascular system will activate the immune system for that specific virus as it makes its daily round of the body. Once the immune system is activated, the lymphocytes go into action creating immunoglobulins. Therefore the titer for that specific antibody increases.

Protecting Healthcare Rights (or how to legally avoid vaccines)

Many nations throughout the world are currently mandating vaccines. Theoretically, it is being done to reduce global disease outbreaks. However, if an individual already has immunity, there is no sense wasting time and effort vaccinating. The need is to demonstrate that immunity already exists. This is very easily done simply by drawing blood and testing for the titer of the pathogen. But what if it has been ten years since the last vaccine? What if there is some concern that the titer may be low or nonexistent? This is where the bio-electricity of the body comes in.

The simple way to boost titer in people ages seven months and up is to purchase the frequency of the vaccine in question. We want the frequency of the entire vaccine over the virus alone as it will include the frequencies of the preservatives, adjuvants, substrates and other toxins. (Detoxing the body for the vaccine reduces the likelihood of sensitivity toward the additives.) Frequencies are digitized and stored in distilled water inside of inert glass vials. Vaccine frequencies can be purchased at the following locations:

Once the purchase is made, the technique used to boost immunity is commonly called NAET which stands for Nambudripad's Allergy Elimination Technique after its discoverer Devi Nambudripad MD. (Many allergies and sensitivities are caused by an over-active immune system triggered by the adjuvants in the vaccines, hence the name Allergy Elimination.) To locate a NAET practitioner in your area, simply use the practitioner locator on the website:https://www.naet.com/practitioner-locator/. Otherwise, simply take the new vaccine frequency vial to a local acupuncturist and request a treatment while holding the vial. Use the following protocol:

1) Place the vaccine vial next to the skin
2) Ask the acupuncturist to activate the spinal points using firm stimulation, tapping from the base of the neck downward to the tailbone 4 to 6 times.
3) Using acupressure, (or needles for those so inclined) stimulate the energetic gate points.
(LI 4, LI 11, LIV 3, and GV 21)
4) Relax holding the vial 20-30 minutes for children, 45-60 minutes for adults.
5) Remove the vial.
7) Wait 24 hours for the energy to make a complete circuit of the body.
8) Proceed to a local urgent care or quick care medical center and ask for a blood draw and titer of the treated vaccine.

The blood draw may be a little expensive ($150-$225 USA), but worth it. It may be covered by insurance depending on the carrier. If the treatment is done on a vaccine-damaged or immunocompromised individual, treatment reactions can be expected for a day or two as viral toxins and adjuvants leave the body. In other words, this treatment serves two purposes. It not only boosts titer, it detoxifies as well!

In conclusion, this article serves two purposes. One is to inform you that there is a way to avoid vaccines legally. The second purpose is to teach you how to boost your body's antibody titer, and how to document it in order to fulfill mandatory vaccine orders, while also avoiding the injection of harmful viruses, heavy metals, preservatives, substrates and other toxins. With a documented titer, vaccines become unnecessary. In addition, the technique described above is effective for boosting immunity toward all types of pathogens including viruses, bacteria, parasites and more. When done properly, it is more effective toward combatting bacterial infections than antibiotics because the body's own immune system fights off the invader. (In my own office, I have reduced fevers as high as 103°F in minutes using this technique, and the children have made full recoveries in hours.) Lastly, this technique detoxifies the exact frequency of all of the adjuvants included in the vaccines without the use of pharmaceuticals or herbal concoctions, making it an ideal therapy for immunocompromised individuals.